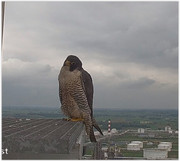 Carson, the remaining falcon at Great Spirit Bluff, jumped from his nest box this afternoon. He was 30 days old, or roughly eight days younger than the youngest age we might expect fledge. Although we treated the box and had a fan blowing, we think the black flies probably became overwhelming, causing him to bolt.

He landed in the brush and appears to be fine. We've seen Michelle and Newman take care of young below the bluff previously, so we're monitoring the situation remotely. We don't want to try to catch him and put him back on the box, since chances are high he would jump again. We also don't want to drive him deeper into cover, which could make it harder for Michelle and Newman to reach him. We'll intervene if we think it is necessary, but for now, we are leaning on the lesson we first learned in 2013: peregrine parents will find and care for their young even below the bluff.

As watchers (and rehabbers) know, this has been a tough year for blackflies/gnats, with many areas experiencing record hatches. We will continue to reach out to experts on the subject as we deal with the problem.

Thank you for watching and caring. 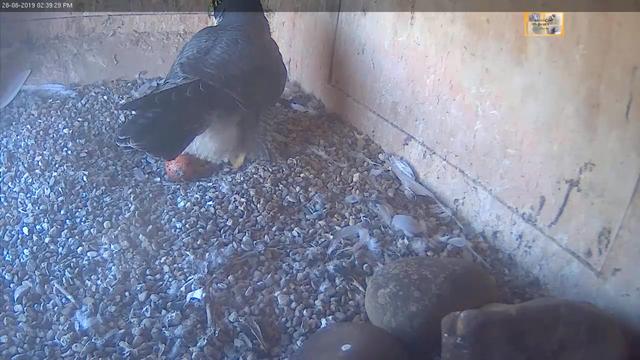 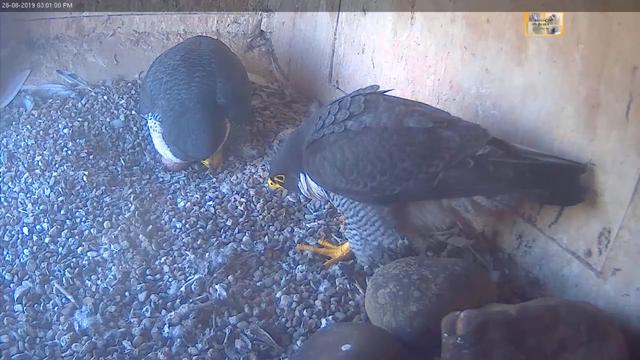 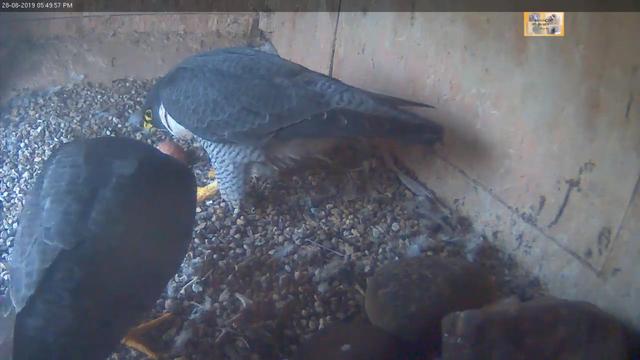